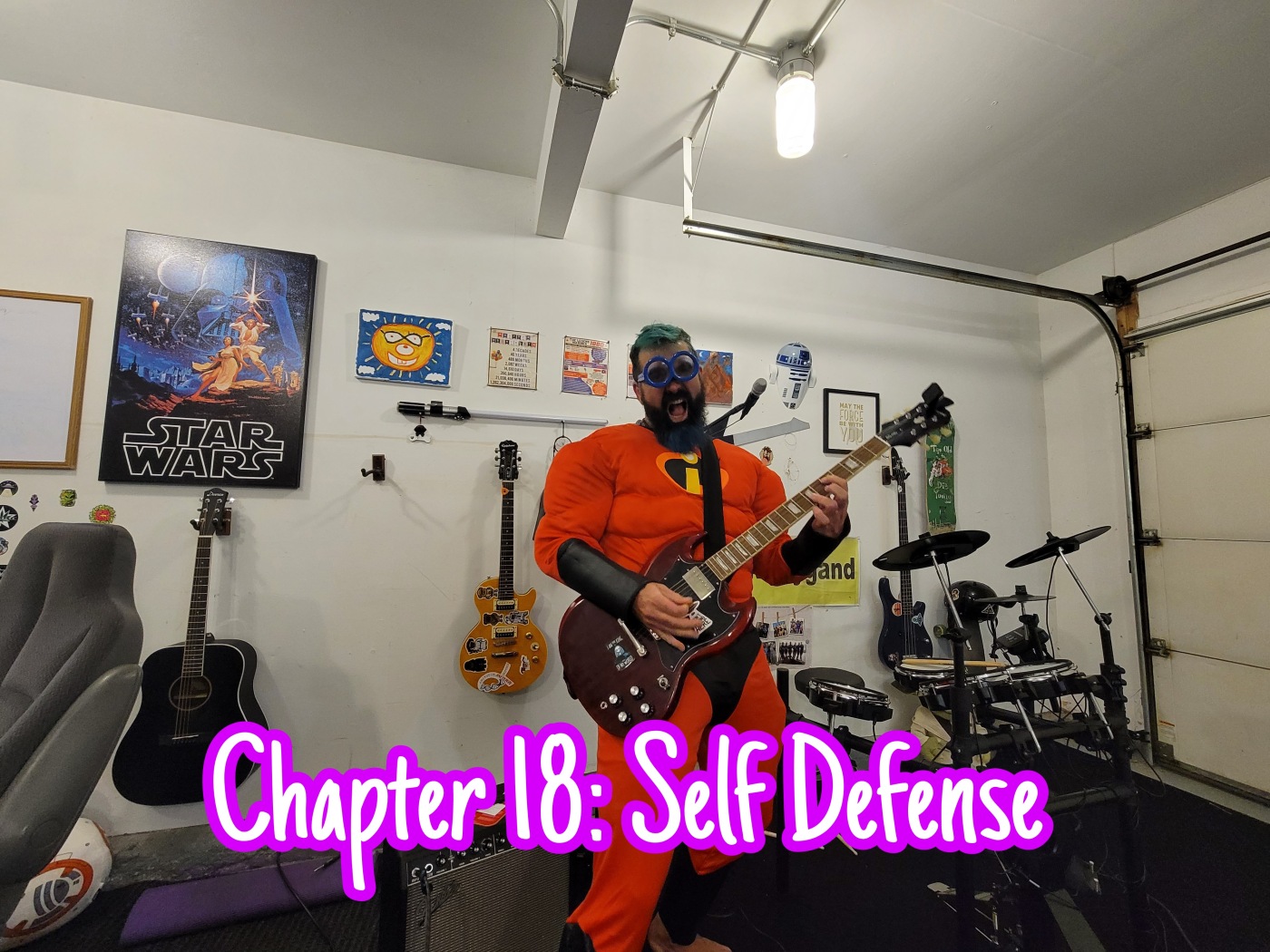 You know, sometimes I ask myself why pick a fight, if I don’t even like fight. Honestly, I cried in my first fight.  I thought it was stupid, not the crying, but the fight. The crying I think is cool, because is okay to be sensitive and a bad ass at the same time.

One thing I learned in life is that self defense is a must. Brazilian jiu-jitsu and my family thought me that really well. When I started this journey I found little Rirou under attack. So I did what I would do as a father, if that was my child. So, I thought him how to pass the guard (Brazilian Jiu-jitsu). Then I talk to him and asked who was attacking him? That’s when he opened up and told me everything bringing his dark side into the light.

Well, I grabbed his hand, grabbed my guitar and my skateboard and said: “Let’s fight back!”, because that is what you need to do with bullies.  I was bullied, and I fought back for self defense.

This conspiracy is more than self defense, is a fight for justice! Rirou’s story is just begging, however this chapter closes the category of Dad is a Punk and now is time to live my punkness with my songs, coffee with weed talk show, my skateboarding clips and being a full time Dad. Also keep going to Twitter and proking the Pope, actually the Roman catholic church because is not the actually Pope twitting.  They may think I am the bully, and if I am must be a reflection, becuse I learned with the best: an institution called Roman Catholic Church, because I was raised by their system now is time to rise against them.

I really wish my art one day some way, some how, could reach Larry David, you know Curb your enthusiasm and Seinfeld. My entire conspiracy (art) is inspired in the episode where he opens a spite coffee shop, and you know, art is the enemy of Religion. My grandmother used to say that the only I did good was art, and she was right all along. I just didn’t fit in a box.

Ps: Mr incredible was the sticker on my first triathlon bike, and now he is real. Took over my guitar and skateboard.